The 2010 Free weekend of Folk went pretty well, considering the shadow that was cast by Martin Baker's untimely death. The weather was even relatively kind on the Fri and Sat, but reverted to type on the Sunday. However, Dave Jones's big tent was up to the challenge. 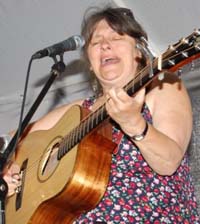 We had great sets from all that performed, with Marie Little deserving special mention for a set that was as passionate and varied as you could ask for, and Mark Dowding 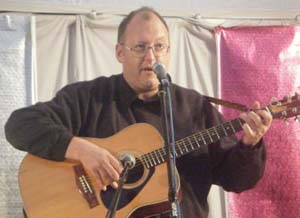 wowing us with his amazing version of Jake Thackray's "On again". Special mention also to Joan Blackburn, String Shack and Ken Scally for their great kindness in offering to perform for free, and Joan and the Saggies for their generous free performances at the fund raiser concert.

Bill Sproson of Westminister Stage Engineering did a great job providing the PA system at affordable cost , and the open mike session that he suggested and ran, went really well, with some high quality acts turning up. Ken Scally's daughters and their friends also surprised us with their performance - folk it was not, but quality it was ! The two dance teams  added a welcome alternative art form to the weekend, in very different ways. Stone the Crows ( whose generosity has been recorded elsewhere on this site ) , gave a dramatic and compelling performance of traditional dance, whilst Karen and her friends gave us a vision of modern youth in motion. Our old mate Stuart from over the road deserves thanks too for volunteering to take photos of the acts and audience. 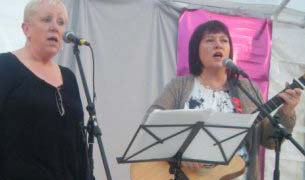 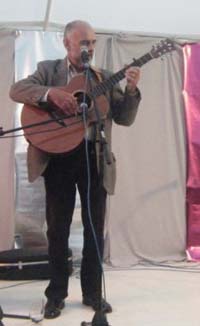 camping arrangements seemed to work smoothly, with Kevin and myself doing the traditional clean-up of the toilets and the camping areas, and the hot water boiler behaving itself. Kevin deserves a big thank-you as he put in a lot of work, but couldn't attend the weekend because of a long booked holiday. Big thanks also to Albert who did such a good job on the creation of the poster and the associated printing.

Lastly, a big thank you to landlord and landlady Dave and Carol, for all the work they did in putting on food and an outside bar, and erecting the tent and stage, and booking Stone the Crows. Hope we can do it all again next year. 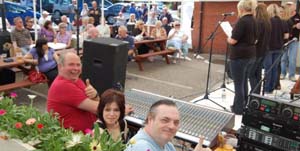 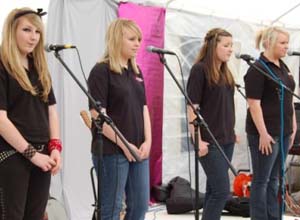